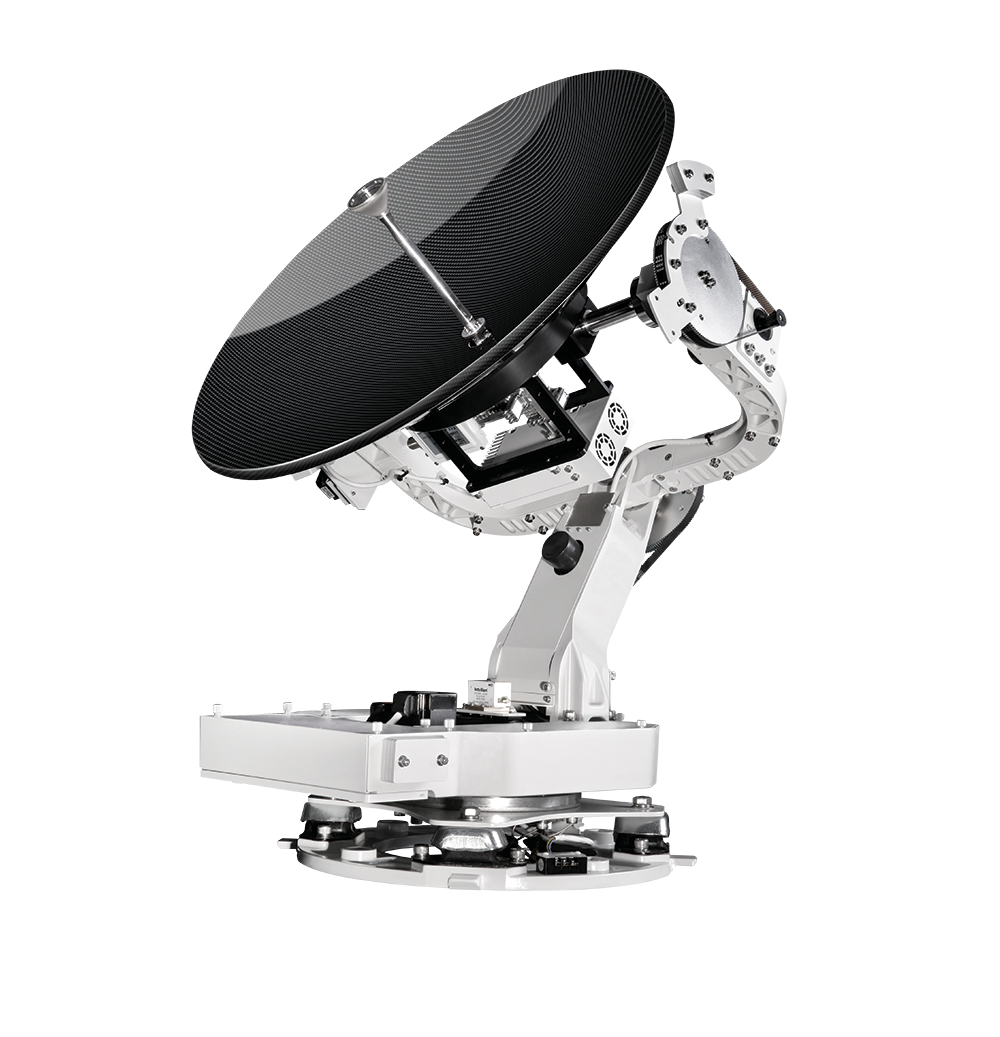 An antenna needs to function in extreme conditions of temperature, shock, vibration and weather, which means that the system must be extremely robust and reliable. The radome is much more than a white plastic cover. It has to protect the delicate electronics from the ravages of a life at sea, and has to be designed in such a way that it allows the VSAT to receive microwave signals with minimal absorption of the satellite signal.

Inside the radome is the reflector. This has a parabolic design to capture the signals from satellites over 30,000 km away and focus the signal on to the feed horn. The shape of the reflector is designed with a specific curve that is based on the frequency or wavelength of the central frequency of the operating band of the VSAT.

Using carbon fiber for the construction of the reflector enables higher precision and a more rigid reflector surface. This is especially important for reflectors that are capable of operating in both Ku-band and Ka-band. The lightweight material performs better than the alternatives and has a much more precise surface smoothness, both of which are important factors for Ka-band operation.

The block up converter (BUC), mounted on the side of the antenna, can be considered the transmitter section of the VSAT. Various sizes of BUCs are available and this is normally determined by the satellite network operator. The larger the BUC, usually expressed in watts, the more transmitting power it has, and the greater the data throughput. The larger the reflector, the more signal can be received. This translates into the footprint coverage area of the antenna system.

Using the carrier signal from the satellite the antenna performs an initial search, helped by the position gained from the on-board GPS antenna. With an initial position the antenna will know the elevation of the selected satellite. It will then perform a search until it has received ID information from the correct satellite. Once identified, the stabilized antenna uses the signal strength to stay targeted on the peak signal from the satellite. A conical scan motion of the reflector assembly constantly checks for the strongest signal and moves the antenna to gain the best performance. This happens very many times a second and is able to stabilise the antenna in rough sea conditions. Intellian antennas perform this method of tracking without the need for an external gyrocompass or heading device.

All this technology is packed into a lightweight rugged platform with built-in shock and vibration dampers, ensuring the best performance for all types of seagoing users.