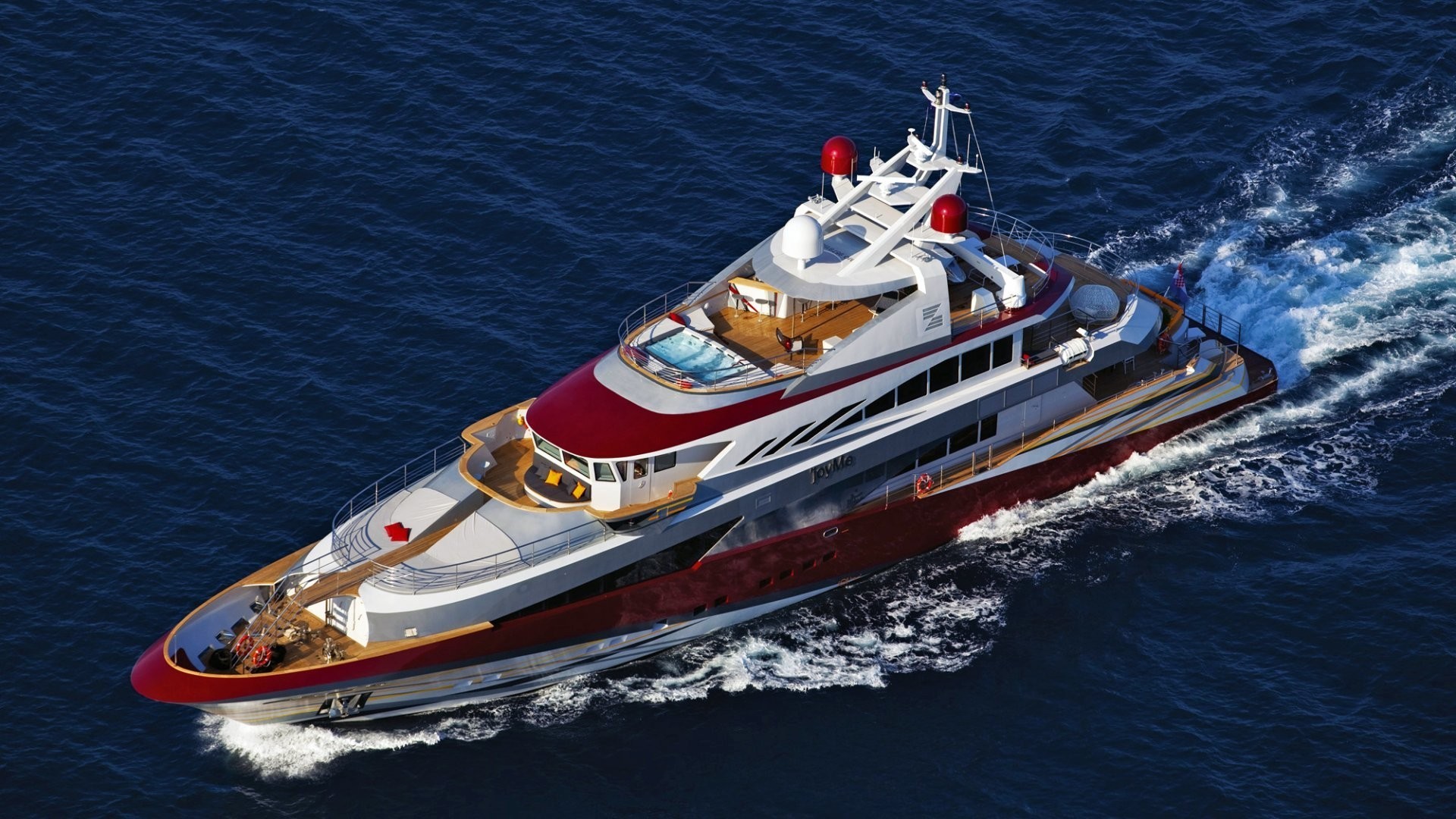 In order to receive Maritime Satellite TV you will need a Maritime Stabilized Satellite TV Antenna. This antenna will point to the satellite regardless of the movements of the ship it is on and will do this very accurately. Keep in mind that the satellite is at approximately 35.000 km distance. You could compare it to shooting through a keyhole with a laserpointer while sitting on a mechanical bull. Not easy if you have to do this manually.

While pointing an antenna at a satellite so far away there are several other aspects you will need to keep in mind:

Coverage of the satellite beam

Satellite TV channels are regional by default and will usually only be available on one or just a few satellites.  Because of this limited coverage it is important to check whether you will be able to receive the channels you have subscribed for in the areas you will be sailing to.

Most popular satellite TV packages are Sky UK and Sky Italia because they contain a lot of english speaking channels.  Their coverage is however limited and you need to check carefully if you will be able to receive the specific channels, especially for Sky UK which has moved a lot of channels to only be received in UK.

If you are sailing in the middle of the footprint of a satellite you might not need a very large satellite TV antenna to receive HD channels.  The smallest recommended size for receiving HD signals is 60cm and should work in most cases.  If you are uncertain about whether your location has enough on a 60cm you can always check the satellite footprints on http://www.satbeams.com where you can select the required satellite and beam and if you then click on your location it will give you the recommended antenna size, providing that you are in the coverage of the footprint.

Sometimes you will however need a larger antenna to receive satellite signals when there is heavy rain, when you are on the edge of the footprint or when the satellite signal is not so strong.  To have an idea on the recommended antenna size you can start at http://www.satbeams.com.

It is important to know that thee are two types of polarization, this is the way that the signals are transmitted.  One is Linear, which is used is most parts of the world for Ku Band TV and the other one is Circular which is mostly used in the Americas.

If you are going to travel in both areas it is recommended to either have replacement LNB’s (Low Noise Block down converter) or easier, you can get a maritime stabilized antenna which has both linear and circular LNBs installed: Intellian t-Series

Although we do no longer offer two axis TVRO antennas due to the fact that they do not perform as well as their 3-axis counterpart it is important to know which type of maritime TV satellite antenna you have.  A 2-axis model will only change its azimuth and its elevation.  To receive an optimal signal (on linear polarization) you will also need to adjust the LNB so that it aligns perfectly with the satellite transmission plane.  On a 2-axis antenna the skew angle will be adjusted but it will not adjust itself to the additional ship motion, which is done automatically on a 3 axis.