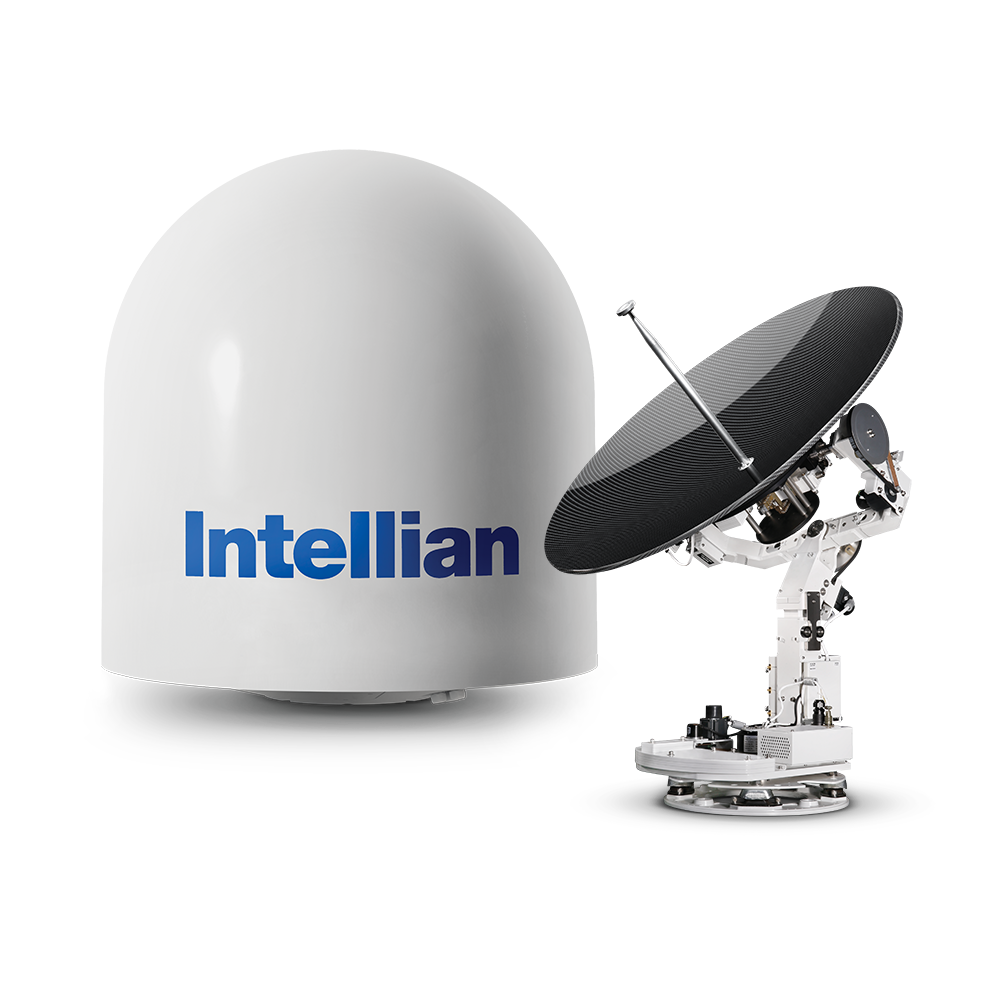 Intellian’s v100 is the most popular 1m antenna in the business. The world’s leading satellite communications integrators rely on the v100’s superior RF performance, its modular, configurable design and its overall ease of use

Precision Dual Band Carbon Fiber Reflector: The v100 is designed and engineered to operate on Ku and Ka-bands while maximizing the RF performance on both bands. The v100’s high-gain, precision carbon fiber reflector ensures the best service quality available when configured for Ku or Ka-band operation, allowing for greater throughput and reduced operational costs.

Frequency Tuned Radome: To ensure efficient operations for Ku-band and Ka-band services, the radome itself is designed to enhance both the Ka- and Ku-band system performance. The new Radome is also designed to match conventional domes, an important benefit on installations where great aesthetics are important.

Ku to Ka in 4 Easy Steps

The v100 can be easily and quickly converted from a Ku-band system to a Ka-band system in under 10 minutes without removing the radome. To keep the process simple, all RF components are mounted on a single chassis to form an integrated RF module consisting of the BUC and Intellian Global PLL LNB.

By unfastening only four bolts the whole module can be detached and removed from the radome through the access hatch. The new BUC & LNB module fits into the same space on the antenna with no need to rebalance the system after conversion. Next the Ku-band feed is easily replaced with the Ka-band feed to complete the process.

Simple Conversion from Ku to Ka