Cotonou, Paris, 12 November 2014 – On the occasion of AfricaCom 2014, Eutelsat Communications (NYSE Euronext: Paris) and Isocel Telecom, one of Benin’s leading Internet Service Providers, announced the conclusion of a multi-year lease for C-band capacity on the EUTELSAT 3B satellite to support the country’s tax collection system. 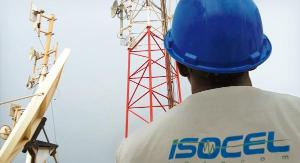 A secure private network for Benin’s tax authorities
The capacity booked on EUTELSAT 3B will support a secure private network, to go live in December that will raise efficiency by transmitting citizen tax data gathered from collection centres across the country to the central administration in Cotonou.

This new data transmission network, using robust C-band capacity, has been specially designed to operate in a country whose tropical climate is characterised by the monsoon period running from April to November. Collection centres beyond range of terrestrial infrastructure, from Ouidah in the South to Malanville in the North, can now be directly linked to the country’s central administration.

Nationwide services for Isocel Telecom
Commenting on the new contract, Robert Aouad, CEO of Isocel Telecom, said: “Through this first collaboration with Eutelsat we are expanding our portfolio of services with satellite communications and extending our coverage to the whole country, including to the most isolated regions. We have placed our trust in a leading satellite operator in the West African region and can now benefit from the resources of the new EUTELSAT 3B satellite.”

Rodney Benn, Eutelsat’s Regional Vice President for Africa, added: “Launched in May 2014, the EUTELSAT 3B satellite is designed to diversify and increase our resources and footprint at the 3° East position. Together with EUTELSAT 7B, we are now exceptionally well positioned to meet customer demand for data transmission and site interconnection services across West Africa. We are proud to be selected for this new service by a major operator in Benin whose development is redefining the telecoms sector in the country.”

The leading ISP in Benin, against a background of a lack of reliable infrastructure, Isocel has been deploying its network across Cotonou and surrounding area since 2008 and more recently across Porto Novo and outskirts.

Isocel’s international capacity is routed via submarine cables and by VSATs between its POPs in London, Paris and Amsterdam to the technical centre in Cotonou. Isocel is also a member of the ACE consortium and holds a licence to operate frequencies in the 2.3 and 3.5 GHz bands.

Its customers comprise approximately 5,000 subscribers, including over 100 large companies who are supported by an after-sales service committed to maintaining the quality of the service provided.

With a team of over one hundred skilled and talented employees from different backgrounds (of which over 30% are women), united by the slogan, “Internet for all”; and state-of-the-art equipment, Isocel’s objective is to provide cutting edge broadband services. www.isoceltelecom.com

Established in 1977, Eutelsat Communications (Euronext Paris: ETL, ISIN code: FR0010221234) is one of the world’s leading and most experienced operators of communications satellites. The company provides capacity on 35 satellites to clients that include broadcasters and broadcasting associations, pay-TV operators, video, data and Internet service providers, enterprises and government agencies. Eutelsat’s satellites provide ubiquitous coverage of Europe, the Middle East, Africa, Asia-Pacific and the Americas, enabling video, data, broadband and government communications to be established irrespective of a user’s location. Headquartered in Paris, with offices and teleports around the globe, Eutelsat represents a workforce of 1,000 men and women from 32 countries who are experts in their fields and work with clients to deliver the highest quality of service.